The PRSO finished its season with a very appropriate performance of Haydn’s Farewell Symphony (along with the Higdon Viola Concerto with Roberto Diaz, and Beethoven’s 7th.)

CMPR’s ClarinetDay on May 31st : lecture on improvisation by Prof. Andrew Lazaro, among other events.

May 27: Experiencia Sinfonica concludes with lots of students playing on stage with us, and families happily applauding in the audience, sponsored by Banco Popular de Puerto Rico.

Coro de Clarinetes is actively playing and fundraising on tv, radio and in parks.

March 25: I was honored to be invited to give the Mitchell Lurie Master Class at the Manhattan Prep School. You can see the work these talented students and I did if you Google it. Because I studied two years with Mitchell Lurie (at the Music Academy of the West, and at USC) I was especially pleased to be asked to give this class, and to have three of my most respected Stateside colleagues (Larry Guy, Ron Odrich and Alan Lurie,) in the audience. 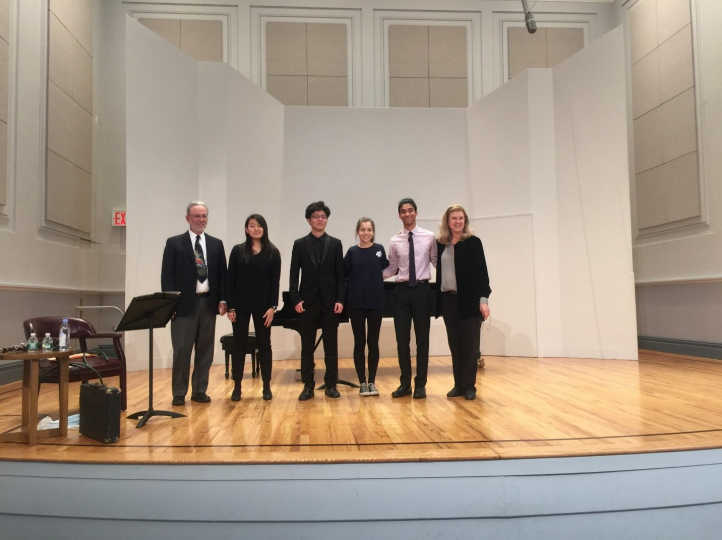 March 4th: Tafelmusik presented a FABULOUS performance entitled the Circle of Creation in the Casals Festival.

CMPR: Feb.13th the gifted composer and pianist Amy Rubin was offering a great masterclass on improvisation—the kids were loving it—when she tripped over an errant chair and broke her arm. We went into emergency mode and got her safely on a plane back to her home in Seattle by the next day. We are so happy to know that she has recuperated and is playing again. We hope she will return and finish the class!!

January 5th: PRSO plays the annual Three Kings concert, with youth soloists and Roselin Pabon on the podium. This is always one of the most joyous concerts of the year!