CMPR: Dec. 2nd, master class with Dr. David Carter, who played works with percussion (rather than piano.) We had a memorable presentation by Dr. Carter and his percussionist. We had moved into the new facilities, but not all the spaces were up and running yet, and there were elevator issues. In order to be able to hear some of the interesting works this duo had prepared, we had to move a marimba out into our new parking building, where they played to resonant acoustics and an appreciative group of students!
Here is the master class finishing up in room 210H. Standing, from left: Leyshla Santiago, Yurina Berrios, Dr. Carter, me, Jubal Rosado, Edward, Tanieliz, Andrea Cuevas, Erika Silva, Yelitza Borges, Elizabeth Cintron; kneeling, from left: Anthony Ortiz, Victor Carrion and Jesuet Gonzalez. 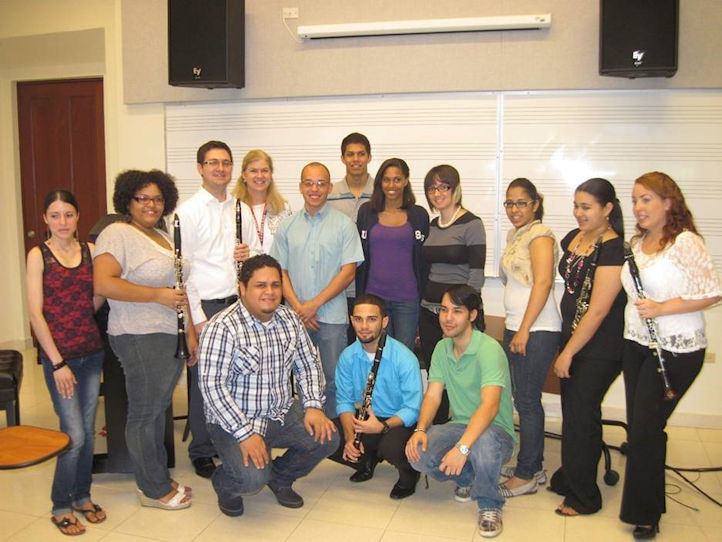 Suzuki: Nov. 6th the annual Suzuki Violin concert in Carolina, PR. I have learned so much from our beloved Susan Ashby, seen here with my daughter, Shannon. Most of all, I learned that the welfare of the student must come first, always. And true progress is made by perfecting each small step, best accompanied by large doses of love. 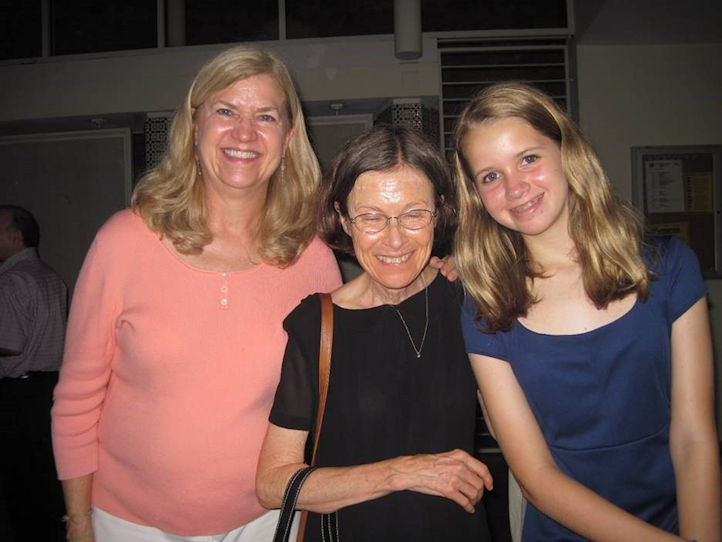 CMPR: Nov. 4th, graduate Ada Rodriguez brings her students from Ponce to a seminar. Graduates and guests are always welcome in seminars! 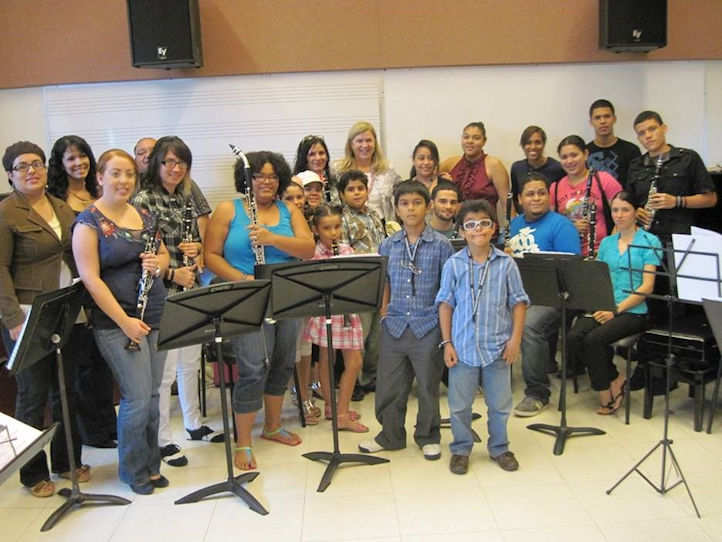 PRSO: Oct. 15th, subscription concert with works by Revueltas, Korngold (the Violin Concerto with Elmar Oliviera!,) Faure, and the Debussy Nocturnes. Maximiano Valdes on the podium.

PRSO: September 10th was scheduled to be our first subscription concert of the 2011-12 season, but our music director’s father, a renowned Chilean politician, passed away. Our concert was rescheduled and given the following week, on Sunday, the 18th: Faure Requiem, and Copland’s Third Symphony, with Maximiano Valdes on the podium, no doubt thinking of his beloved father throughout the Requiem.

CMPR: August 15th a new academic year begins, and there I am, teaching again in the clarinet studio.

So, we are caught up, at least for the professional events (or, perhaps 20% of them…)

What isn’t included are the changes in my personal life during the past seven years since I started doing both jobs again. It is a privilege, a challenge and requires great understanding from my family, because along with all of the above, I am blessed with a husband and two kids. So, the personal milestones have been:

2016 my dear mother, Jane Troth Jones, a music educator, passes away peacefully at 95, having helped many along the way and left the world a better place.

2016 our son graduates college with a degree in mechanical engineering.

2013 The month of November was dedicated to my husband, who, thanks to fabulous doctors, was diagnosed just in time with a heart problem that gave him no signals of its seriousness. Drs. Lastra and Hernandez fixed him up, and we are very, very grateful!

I have played thousands of notes in the past seven years, and given hundreds of hours of classes, but the most important time is that spent with loved ones, laughing, crying, having dinner together (at 10 p.m…)

Thanks for reading my story and catching up with my website!