PRSO: Dec. 13th Eli Eban, soloist in Mozart’s Clarinet Concerto, with Mahler’s 4th Symphony, conducted by Maximiano Valdes. This was Eli’s first visit and he has been welcomed yearly since then. A great clarinetist, musician, and gentleman.

CMPR: Dec. 5th Cathy and Bill Hudgins visit Puerto Rico on vacation and offer the clarinet students a rare treat of a master class on orchestral excerpts for two clarinets.
Anthony, Pochi, Veronica, Jonathan, Bill, Cathy, me, Janice, Victor, and Juan, all smiling after a super class in room 210H. 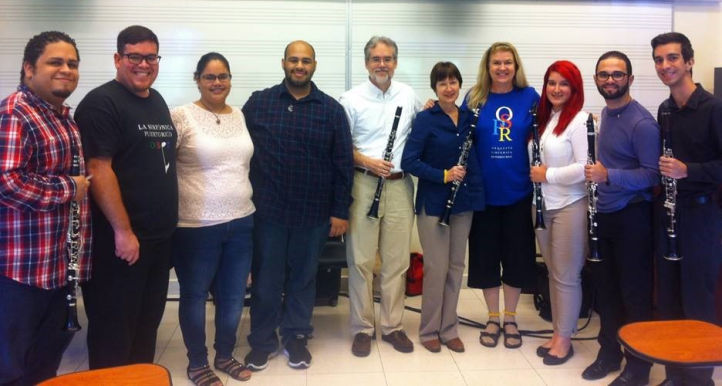 CMPR: Nov. 16th—The United States Coast Guard Band, with our graduate Noel Marcano as soloist, performs at the Conservatory. We are proud of you, Noel!!!

PRSO: Sept. 11, 12, and 13—We recorded a CD for Naxos of works by Roberto Sierra; one, Beyond the Silence of Sorrows, was later nominated for a Grammy; also included Symphony #3, the Salsa.

CMPR: the Coro de Clarinetes del CMPR attends ClarinetFest in Baton Rouge, playing a program of works from Puerto Rico on July 31st, including the premiere of Guidobaldi’s Three-Minute Rag, written for the occasion. Here is the group, after serenading Bruce Marking and our other Buffet heroes near their exhibition booth. 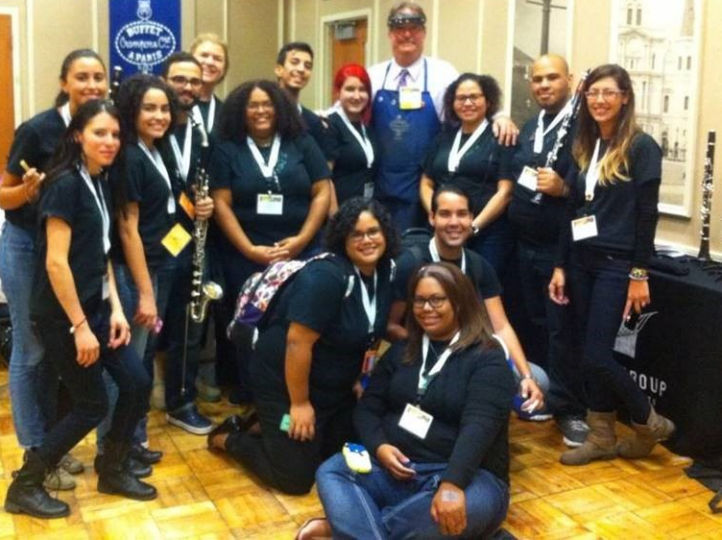 Mariana won a clarinet in a Buffet raffle!! She is shown here with Francois Kloc.

And taking a quick campus tour—we even saw the REAL tiger! 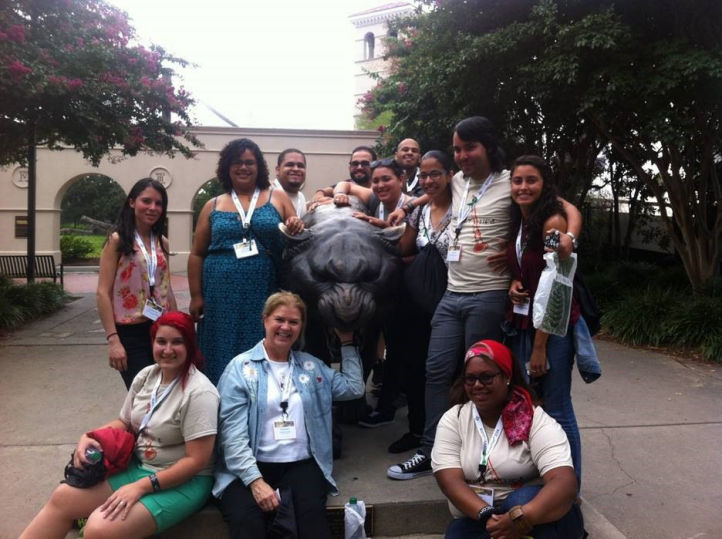